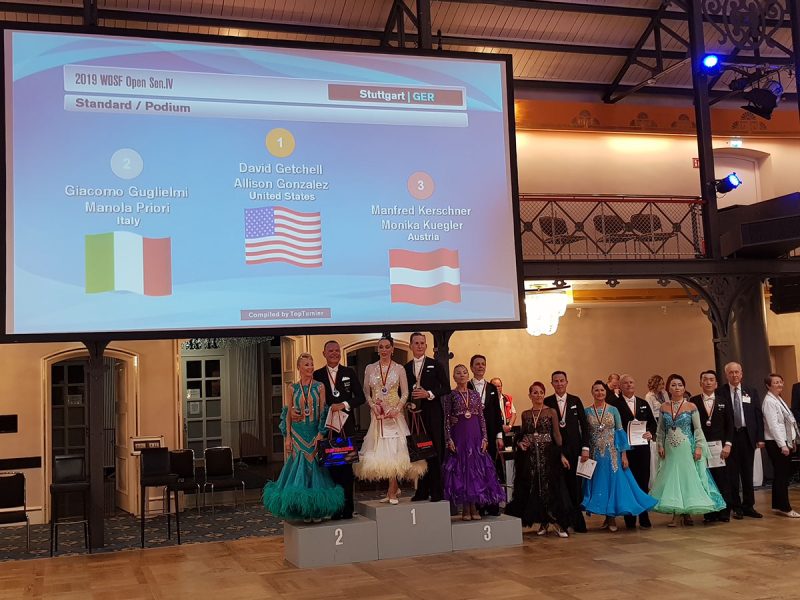 David Getchell and Allison Gonzalez benefitted from their ranking/stars strategy at the 2019 German Open. They brought home the gold for the United States in WDSF Senior IV Standard.

You might have seen the World DanceSport Federation (WDSF) announcement during the pandemic that rankings were frozen (and for now unfrozen), but do you know what rankings are and how they are used? Also, what are “stars” and how are they awarded? In a nutshell, a DanceSport couple’s ranking reflects the dancers’ best results over the last twelve months. Stars, assigned to competitors by the competitions, allow them to skip early rounds. I’ll present what I think you should know but see the link at the end of this article for all the gory details.

A couple’s ranking within the WDSF World Ranking List (WRL) is calculated based on points earned at WDSF competitions and is the summation of the six (four for youth) highest results over the previous 12 months. If you dance multiple levels such as Senior I and Senior II, you will have two sets of independent results and thus two ranking entries on the WRL. You are not penalized for having a poor result as your six highest results are used for the ranking rather than it being an average over all events in a year.

WDSF rankings are used both to indicate a level of quality for a couple, as well as in the granting of exemptions or “stars”. These stars allow a couple to skip the first and sometimes even subsequent rounds (one star for each round) at some competitions. Thus, one sometimes sees, in a competition schedule, a round scheduled for all but one-star or two-star couples. Stars are specific to a competition and do not carry over from one competition to another. For example, the German Open might give one star to any Senior IV couple in the top eight WRL. A competition happening later in the year, might choose the top 12 for one star. Competitions assigning stars (not all do), will use the ranking as it exists on the first day of the month in which the competition occurs.

If a couple is competing in a large competition with many rounds and they hope to make it to the later rounds, it can be a great advantage, both physically and psychologically, to be able to skip the first round(s). From a physical basis, besides being able to save energy by not dancing a round, they also have the advantage of having a later start time (could be several hours), which allows them to be more leisurely about arriving at the competition, getting their hair and makeup done, etc. From a psychological perspective, the couple has the advantage of being recognized as being one of the top couples before they ever step onto the floor.

Another use of rankings is to track how well a couple is doing in the WDSF compared to everyone else. There can be a great feeling of accomplishment when one obtains a ranking that they have been shooting for, whether that be the top 100 for the really competitive categories, or maybe the top 48 or better for another. It is something one must work at (see below), and many competitors take great pride in their achievements. Below is an example of athletes proudly displaying their accomplishment. 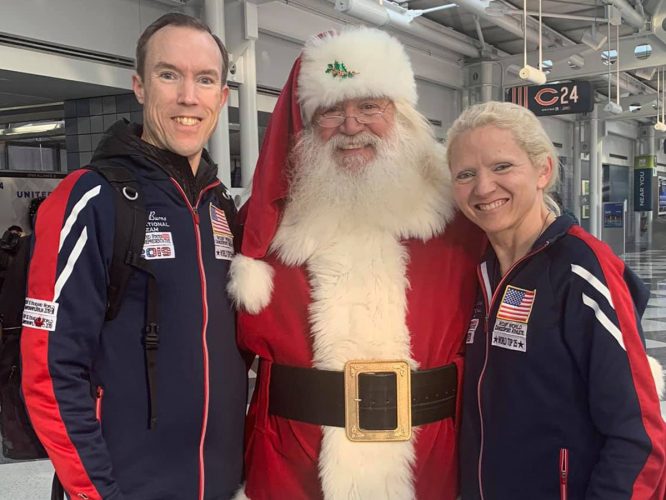 So, how does a couple go about improving their ranking? There are two separate strategies depending on how well a couple fares in competition in their category. Basis points, points which are awarded based on position vary depending on the type of competition. First place for a Grand Slam event has a basis of 400 points, second place 380, etc. All places beyond the 48th are awarded 16 basis points. The WDSF Youth Open, Senior I-IV, and WDSF Open World Championships all use the same table, where first place has a basis of 300 points, second place 280, etc. with 50 points being awarded for being in the top 48, and five points awarded for any placement beyond that.

Because of these additions or reductions of the basis points, one can see a first-place couple in some major competitions in Europe or Asia receiving 600 points or more for 1st place while here in Canada or the United States, it is still uncommon to see the full 300 first place points being awarded, due to the number of competitors. It doesn’t really make sense to try to compute how many points a competition might be awarding. An easier method is to just go to a previous year’s results, for any competition one is considering, and see how many points were awarded in your category.

WDSF World Ranking for Senior IV Standard in August of 2019

To have an effective ranking strategy, a competitor needs to be realistic about how well they can compete at the competitions where major points are being awarded. Let’s say, at the world level, a couple anticipates having a tough time breaking into the top 24.  In such a case, they could perhaps pick up 50 basis points plus another 30 points, as additions, for an 80-point total. However, from a ranking perspective, they would be much better off going to a smaller competition where even if they are placed last in a 4-couple final, they could garner 220 basis points, minus the 30% reduction, for a 154-point total.

On the other hand, if a couple tends to be finalists or even semi-finalists in the major competitions, then they should balance choosing competitions to attend where major points are awarded. One strategy is to choose major European events that offer your category twice, on two consecutive days. Many competitors will stick around for the second day. With one trip, you can pick up two WRL entries, both of which are going to be much higher than what you could pick up in North America. Playing this right, you could pick up your six high results with just three European trips.

So that’s it, whether you are shooting for some stars, or looking for a new ranking to adorn your jacket, you should now know most of what you need to know. If you would like more information regarding the WDSF ranking system, please go to:
www.worlddancesport.org/Rule/Athlete/Competition/Regulations_World_Ranking_Tournaments 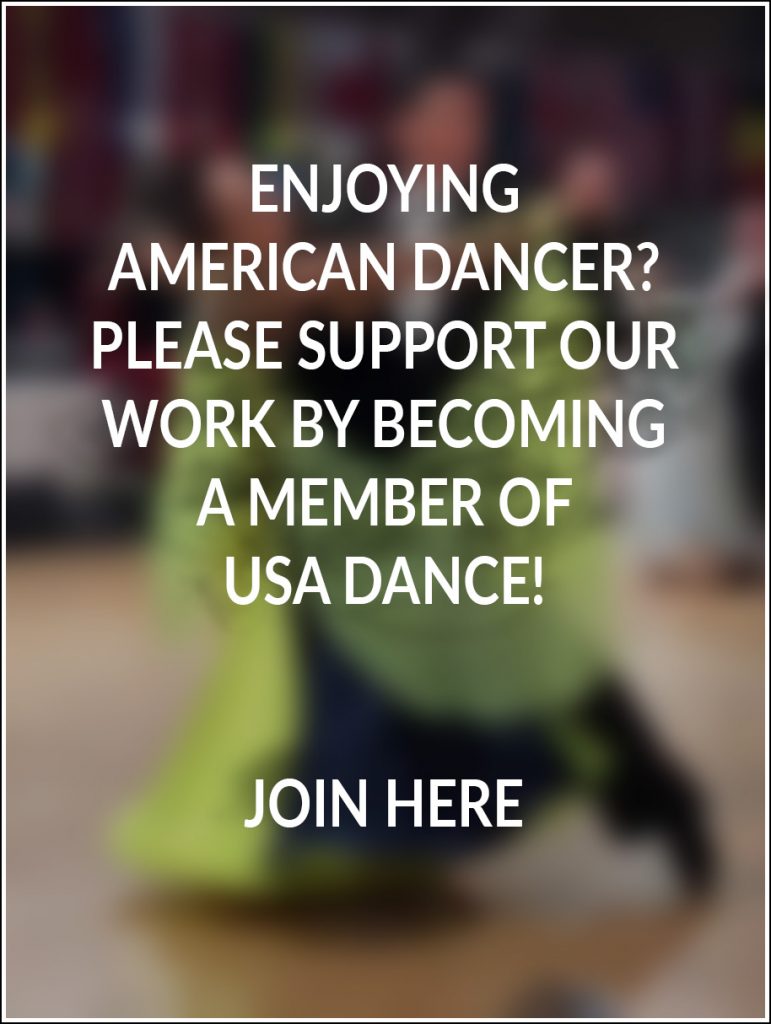